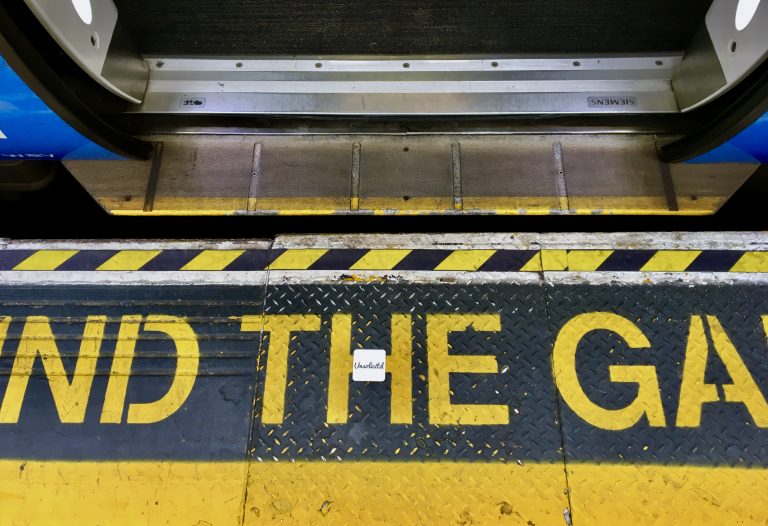 How London Has Changed Over Time

The last time I was in London, W. was the worst president we could’ve imagined, social media, yet to be a term, referred to a still young MySpace or Friendster, and Alexander McQueen was wearing a t-shirt defending Kate Moss’ drug use. So naturally, I was curious as to how London has changed in the last 15 years.

I have to say, it felt good to be back on those streets. I was visiting for a job that really ended before it began. But at least it allowed me to visit London. And I’m glad I went when I did; as it would happen, a mere two days later the Covid-19 pandemic would irrevocably change a travel landscape that was already irrevocably changed due to 9/11.

How London Has Changed (A Visitor’s Eyes)

How has London changed in over a decade? The answer, my answer, is not all that much, actually. Churches and architecture older than a millennium age a little more each year. By contrast, someone has stuck a large Shard of glass in the middle of town now. Designed by Renzo Piano (rumor has it the ultimate design didn’t waver much from his initial sketch on the back of a napkin), The Shard offers breathtaking views of the city and protrudes from London’s heart as a reminder to all that modernity won’t be denied.

There are still well over 3,000 pubs in the capital – more than five for each square mile. Still, in 2005 there were around 50% more. And here I was thinking the lunacy of 2020 (as compared to the earlier era’s lunacy) called for more drink, not less. So while a still staggering amount of pubs, the numerical decline is probably aligned with my dwindling ability to hammer them back.

Everyone is still minding gaps on the “chube”. Street-side it’s not just the famous black cabs flitting down narrow lanes anymore, now there’s Uber and Bolt. So, you can get a safe ride home but chances are the historical knowledge once dropped by the driver about this or that neighborhood will be replaced by an offering of hand sanitizer and complaints about shite riders.

Oh, London’s food now is waayyy better than London’s food then. But then you could argue that of many major cities. The last 15 years have seen even the humblest comfort foods become elevated in the best ways possible. London is no different. With its diverse global cultures, ethnicities and cuisines, there’s a taste for everyone. The food markets alone – Borough, Broadway, Brixton Village, Kings Cross, Box Park, Camden, Berwick and others a visitor might not be privy to – are enough to keep your taste buds busy. As an example, the chicken wings at the Blues Kitchen in Shoreditch would be at home at any soul food restaurant in the American south. The food was so good Wonderhoney and I went back the next night to their Brixton location and ordered damn near the same thing. Barbara Johnson said it best: “A balanced diet is a cookie in each hand.”

What was clear was that no matter what we did on a particular day or night good food would never be too far away, and that was a new and welcome London for me.

In truth I didn’t get out much that first week. I was preoccupied with starting a new job and impressing everyone by immediately taking on a writing assignment (in retrospect I should’ve been draining the cup dry each night and walking in hungover every morning as it wouldn’t have mattered anyway). I spent my nights writing, editing and watching British television, which has gotten much better over the years (I dare say with the exception of True Detective the Brits have Americans beat on crime drama). To be brutally honest, I still had the time and connections who knew enough of this new London to get me out and about, but I would’ve done it with a measure of guilt. For this was to be Wonderhoney’s First Time in London. And I was very much looking forward to experiencing all things through her virgin eyes.

On Monday I would be back to work, so we stuffed our weekend with as much as possible and hit some tourist traps: Picadilly & Carnaby Street, sipped martinis atop the aforementioned Shard, walked the halls of the Tate Modern. At the time, The Tate exhibited a video installation by the director Steve McQueen (12 Years a Slave, Widows).

We ate a delicious Sunday Roast at the PunchBowl. We took in some new styles at Rei Kawakubo’s Dover Street Market and peeked in the shops in Mayfair. We drank whiskey and Guinness at the Coach & Horses. In each new location I’d watch for her reaction to London as much as its reaction to her. She’d make me smile, whether she smiled or frowned at foreign things.

We spent 15 minutes freezing our asses off trying to find a speakeasy called Nightjar. We finally located the jazz club, but it featured a 30-minute line outside. And well, Wonderhoney doesn’t do lines. We walked back to our accommodations at the Thistle City, content to finish the night watching American movies on British television.

Champagne For My Real Friends, Real Pain For My Sham Friends

I felt good about my efforts to introduce London to my wife. Now she would be on her own for the week…and it was back to work for me. I’d check my phone between meetings and there she’d be, outside Buckingham Palace, (hasn’t changed) or inside the Natural History Museum in Kensington, just off Hyde Park. The same Hyde Park where in 1976 Queen played to an audience estimated to be as many as 200,000 people…for free.

Luckily, saved for our last days were the best times of all. We reconnected with an old friend named Monica for lunch at an excellent pasta place called Padella. We spent about 90 minutes catching up with our lives now, some 15 years after we first met. Wonderhoney showed her a picture of me in a onesie (much longer story) and we laughed over that and more.

Nat, another old friend and entertainment impresario, invited us to the inaugural Small Shot of Sound. SSoS was an intimate opportunity to hear three up and coming new music artists in one night. It was held in the backroom bar of Sweetwater, itself a chic bar within a Russian doll of a place called Good’s Way (that also features eclectic eateries and a concert hall). It was dope being a part of such a handsome, pretty, stylish black and multi-cultural audience, networking and vibing to hip-hop, reggae and folk sounds. It was a night of new friends, old friends, good music and strong drinks.

We capped that last night off by walking across the boulevard to Dishoom in King’s Cross. A culinary celebration of old Iranian cafés based in India, Dishoom lives as a sensory symbol of the culture, food and religion of the two populations. The restaurant itself is a three story, mash up of old transit terminal industrial steel combined with modern, elegant fine dining tile and rosewood. The way the architectural materials communicate with each other is an apt metaphor for the way in which Iranian cuisine (and other middle-Eastern cuisines for that matter) informed what is now modern-day Indian cuisine.

It took us no time to realize that the chilli chicken and lamb boti kebab were delicious. Later on, I’d take a menu with me just as a reminder that Dishoom exists a mere 13 ½ hour flight away. I’m still impressed, maybe more than I should be, by the Viceroy’s Old-Fashioned I was served. The Old-Fashioned has become de rigueur in recent years thanks to whiskey’s popularity and perhaps the lack of cocktail imagination from bar patrons (myself among them). But this, this was something more…something right. It was presented with a marinated maraschino atop an iced crystal lowball. The good stuff, a palm-sized corked beaker of bay leaf reduction, Woodford Reserve, green tea and an element of sweetness was placed next to it, for me to pour as I saw fit.

This tiny touch of craft was the perfect end to the beginning of my new relationship with a (un)changed London. A London I was lucky to meet when I did.