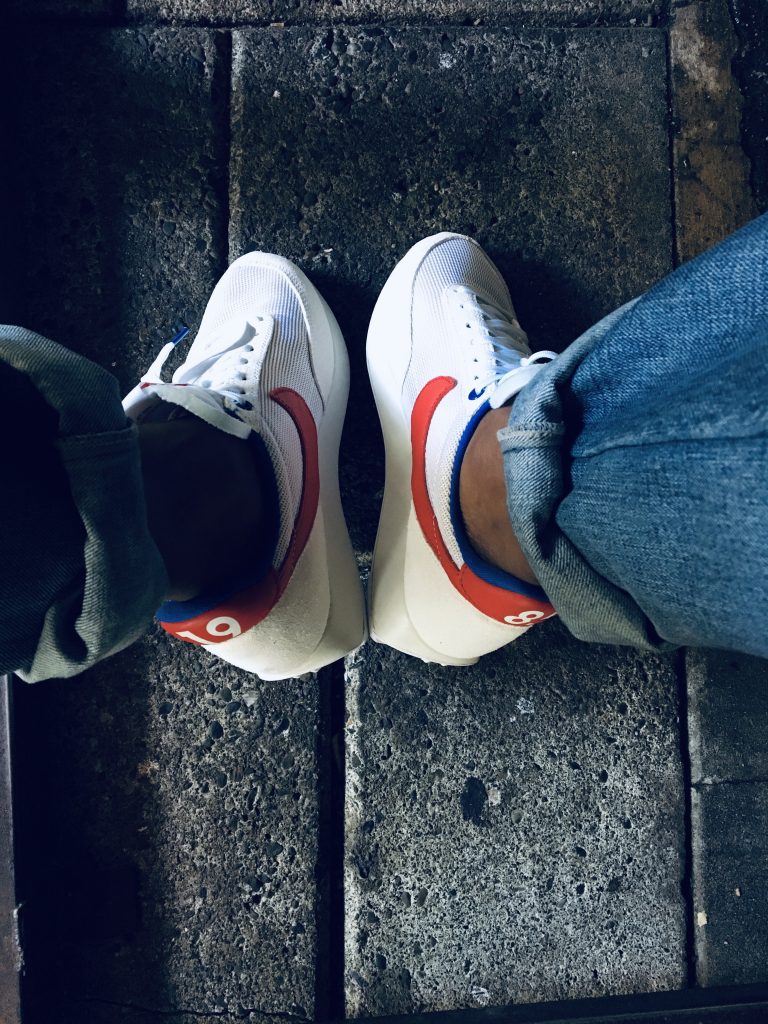 Off the Beaten Path in Seattle

Like most people, my first visit to a city usually involves filling my days visiting all the landmarks I see on TV. The same is true for Seattle. The first time I went, I looked at the Space Needle (didn’t go inside), watched them sling fish at Pike Place market and wandered through Pioneer Square. Actually, the wandering was more like a prolonged pub crawl that produced vaguely remembered lights and sounds that shouldn’t grow more nostalgic with each year…but do. It was a tale (trip with an ex), told by an idiot (me), full of sound and fury, signifying nothing. This, however, is a tale told by a married and more mature idiot (still me), about visiting Seattle and looking for some variety after having been several times. This is what you may find when you go off the beaten path in Seattle.

First off, Wonderhoney and I stayed at a Hyatt for basecamp. Mainly, I’m a fan of the Hyatt brand and I really dig brand-new Hyatts (the Regency had been open for all of nine months when we stayed there). I know what you’re thinking, not exactly off the beaten path. But, I had some free nights to use, the hotel is beautiful and centrally located and again, free nights to use.

Not to get off on a tangent but the Hyatt card member welcome bonus once famously included two complimentary nights at any Hyatt worldwide. We used that bonus back in 2017 for a truly memorable experience at the Park Hyatt in New York (and that path was beaten like a motherfucker). Sadly, the welcome bonus has since switched to points, and the free nights (upon your cardmember anniversary), at least for Discoverist status, are restricted to a more modest category of hotel…but it’s still a nice benefit.

NEAR MISSES IN SEATTLE

After getting settled, we were famished and went in search of some food in the South Lake Union/Cascade area. I can eat breakfast anytime and the brunch menu of the Portage Bay Café got me. It’s a modest chain that features organic and local food, including their house-made bread (everything from whole wheat to yukon gold English muffins). I ordered the toothsome Oatmeal Cobbler French Toast which comes crusted in oatmeal crumbs, covered in berry compote and lemon crème anglaise. It was very sweet and just as satisfying. Good thing I had some walking ahead of me. Tip: I recommend accentuating your dish with their breakfast bar which boasts fruits, nuts, creams and all kinds of goodies. Portage Bay Café, South Lake Union

A low-key riff on the tourist heavy museum visit can be checking out a local art gallery. Come upon by chance, a local gallery is the opposite of the intentional art-driven trip and can amplify how you experience the art you view. madART is a slick space featuring floor-to-ceiling sliding glass doors that were wide open on a sunny day. The installation, just a few feet inside, easily caught my attention. Titled Each and Every, Austin-based artist Beili Liu created a strong comment on the terrible treatment migrant children and immigrant families are enduring at the US border crossing. The hundreds of pieces of children’s clothing, flattened and preserved in cement, lay prone beneath thousands of lines of thread, emphasizing tension but also spirits begging to be heard and uplifted. The installation created an instant empathy and was as provocative as great art can be. madART, South Lake Union

I don’t think so much about life’s near misses as I dwell on the ripple effects of those misses. Had we not missed seeing Digable Planets play in San Francisco over the summer, we likely wouldn’t have chased them to Seattle in the first place. Lucky for us we did. We caught them play in the University District at the Neptune Theater. Built 100 years ago (will celebrate their centennial in 2021), the theater sustained a few renovations along the way and gained a designation as a Seattle landmark in 2014. In keeping with the nautical theme inside and out, the top of the marquee brandishes the word Neptune, the final “e” a stylized trident running through the title of the theater. The Planets did not disappoint, killing the homecoming show with flair – Butterfly, Digable’s front man, is from Seattle and his people were present throughout, including his uncle on guitar. The band’s groundbreaking fusion of old and new, jazz and hip-hop, helped open new pathways for a young kid’s mind in 1993 and here we were, twenty-six years later, witnessing a rebirth of slick. Neptune Theater, University District

The most famous Seattle-born black musician, Jimi Hendrix, grew up in the Central District of Seattle. The Central District was (and is still) the heartbeat of the city’s African-American community. Nearby, the Northwest African-American Museum’s cultural exhibits help maintain the rich heritage of a neighborhood that saw thriving black owned businesses, incredible soul food and art. With determination, we made our way past the coffee shops of East Pike street, crisscrossed along the leafy avenues, and stepped through the thick, late summer air.

Like many minority communities, over the last several years the problematic notes of gentrification have seeped into the Central District and produced hit after hit (i.e. spike in rent and housing costs, the decline of minority home ownership, the dislocation of minorities). Sleek apartment buildings and condos dot the landscape and seem out of place among mid-century craftsman homes.

Undaunted (and thirsty) we settled at a spot about a mile north of the home where Al Hendrix’s family lived (sadly, the home was demolished in 2001). Nestled among the cannabis shops and “fast casual” restaurants sat The Neighbor Lady, a friendly dive where we made new friends as quickly as our drinks came. As it happens, one of our new friends hailed from our hometown of Detroit. We swapped stories about growing up 2,300 miles east and how life led us out west. We laughed and shared opinions on music and the direction of the country. We learned from Seattle natives about the neighborhood’s roots. We sat at three o’clock, sipping stiff vodka tonics. Finally, we exchanged numbers and promised to connect again. Then Wonderhoney and I walked back, a little tight maybe, and happy with each other for exploring new paths.

Note: Unsolicitd just learned that The Neighbor Lady recently lost their lease and will be closing at the end of March 2020. We recommend supporting their business while you can. Apparently, the hits just keep on coming. The Neighbor Lady, Central District

I’m not that much of a online reader to be honest but your
sites really nice, keep it up! I’ll go ahead and bookmark
your website to come back in the future. All the best

Thanks for the kind words.