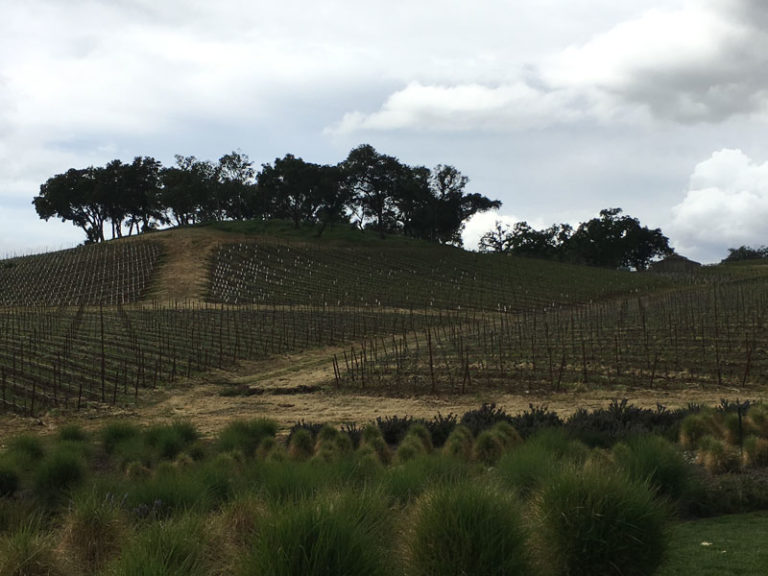 IN PRAISE OF PASO

I first visited Northern California’s wine country in 2000. I was living in Michigan at the time. Twenty degree February mornings, basically scraping the thickest peanut brittle of ice you’ve ever seen off the windshield ahead of my morning commute, impelled in me a heavier than normal case of “vacationitis”. At one moment, horizontal, cold and “tending the grapes” in a famous movie director’s vineyard, along with my girlfriend at the time whose dream was to tend grapes in a Napa vineyard (or whose dream it was was for me to tend grapes in a Napa vineyard), I knew, this neck of the woods was where I had to retire.

Flash forward 16 years and though I’m closer in proximity to Napa, I couldn’t be further away from  retiring there. Not that that has stopped my wine consumption. Over the last several years I’ve indulged my whims in Napa and Sonoma; there’s a lot to love for both wine (Cuvaison‘s Pinot in Carneros) and food (the steak at Bouchon). Tourism has been great for the economy but not so much when it comes to the growing log jam on Hwy 29…the hotel demand…the lines, etc. While I’m sure wine snobs have plenty to say (and colorful ways to say it) about the barbarians at the gate, I think it’s great that more people are learning about and being romanticized by wine…I’d be quite the hypocrite for knocking tourists, when that’s exactly how I discovered the joint.

Paso Robles is almost exactly halfway between San Francisco and LA, which incidentally was how my wife and I happened to visit, as it was a travel compromise with LA family members. To someone whose virgin eyes set upon this central California wine country, which, along with San Luis Obispo, boasts a few hundred of its own wineries, it seemed like Manifest destiny. An average 73 degrees in April, the backed up traffic was replaced with (relatively) clear roads, the three deep in the tasting room was replaced by a clear path, and the Bouchons were replaced with good pizza parlors.

And most importantly, the great wine quality was replaced with, well, more great wine quality. The region’s heat during the day combines with the coolness of the night to foster grape cultivation and complexity that is difficult to rival climate wise.

Batting lead off was Justin, 2015 Wine Enthusiast winery of the year. The winery, restaurant, inn and grounds (all upgraded in 2013) are all neatly connected and evoked the feel of a 3-acre summer ranch in New England – that is, if Italian hills were in the distance. We arrived on the scene with five thirsty people and a dog.

The tasting included their flagship 2013 Isosceles, a trio blend of Cabernet, Cab Franc and Merlot. The 1997 vintage of this wine was judged 6th best wine in the world by Wine Spectator. Dense, with a subtle smooth finish that defies its youthfulness, this pricey specimen will only get better with time. Or like Vincent Vega stated in Pulp Fiction: “…I don’t know if it’s worth five dollars but it’s pretty fuckin’ good”. The founder, Justin Baldwin, sold the winery in 2010, which, among other things, has allowed the company to scale worldwide.

I wanted to close this out by including some random photos where a certain kind of style impressed itself on me. I hope you enjoy them as much as I do! 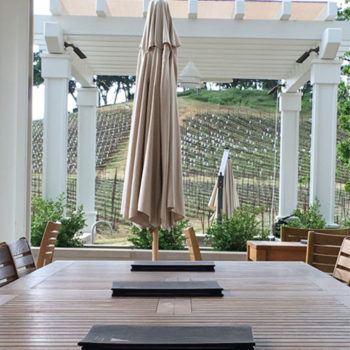 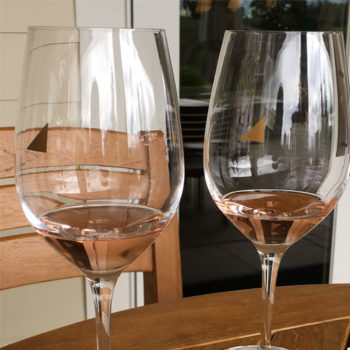 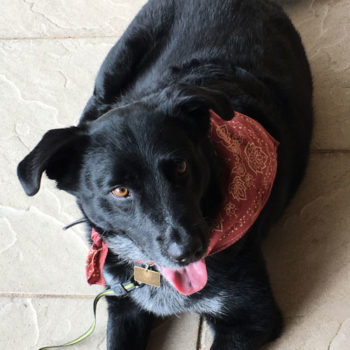 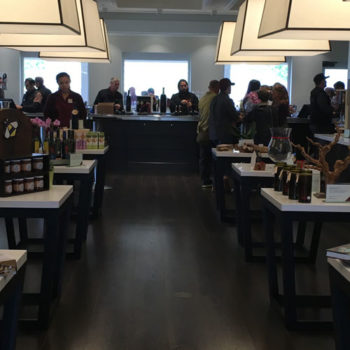 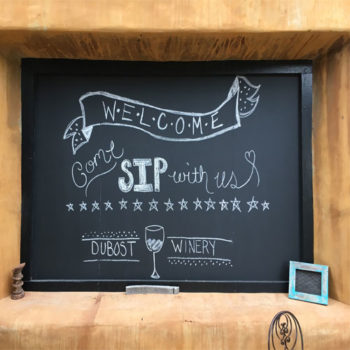 In the two spot was a nearby winery: the Dubost ranch. Five generations of Dubosts, dating back to the 19th century, have cultivated this land just west of Paso Robles. In addition to dry farming grapes, a process making use of the stored moisture in the soil – great for sustainability, they also produce olives in this manner. My favorite here was the central coast Syrah (2008). I’m a fan of wines that do not linger but also have a bit of complexity so the Syrah fit the bill perfectly.